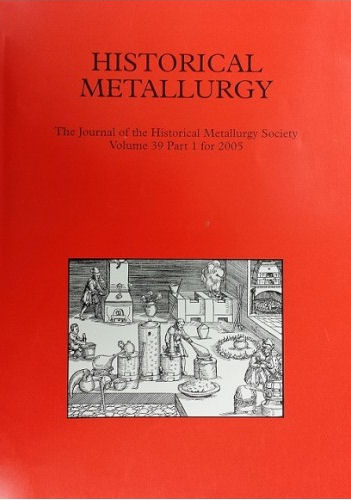 19th-century descriptions of Third Contact ores and the accompanying geological cross sections ofunmined ore bodies in the same area, and at the same elevation as the ancient galleries, are usefid in evaluating the nature of the ancient ores mined at Laurium. When these are supplemented by recent information on the geology and mineralogy at Laurium, and on the chemistry and mineralogy of the slag and tailings, a better understanding of ancient furnace charges emerges. The ore charged to the smelting furnaces appears to have consisted predominantly of argentiferous galena supplemented by oxide ore, including cerussite. Only the dark-coloured cerussite with sulphide/sulphosalt inclusions was argentiferous and a source of silver. Cerussite had several functions in the smelting operations including: as a source of lead oxide to reduce slag viscosity and to oxidise galena, as a source of silver, and as a contributor of lead necessary to scavenge silver. Closure of the mines at the end of the 1st century BC may have resulted from much of the pure galena ore being mined out leaving lower grade oxide ore and the more complex sulphide ore, not amenable to ancient beneficiation  processes. The decline of Athens as an international power and the scarcity of wood for the fiirnaces contributed to the end of mining at Laurium.

A 'gold pestle' from Helgo, Sweden

A roughly rectangular block of local mudstone with polished ends has been identified as a tool used in gold working, though the exact process(es) earned out cannot be known with any certainty. No direct parallels for it are known.

Alchemy, chemistry and metallurgy in Renaissance Europe: a wider context for fire-assay remains

During the Renaissance, what we nowadays call ‘alchemy’ and ‘chemistry’ constituted a single, all-inclusive, sphere of activity, that involved the routine conduct of fire assays. The quest for the philosophers’ stone was fiist one endeavour within a wider spectrum, and it did not convey the religious or speculative connotations attached to this practice in later interpretations. This al/chemical world overlapped with metallurgy substantially: both fields were strongly intertwined and there was a bi-directional flow of theories and practices. Fire assay, as a technique for quantitative metallurgical analysis, was the most important point of intersection and, as such, it was essential for the development of modern metallurgy, but also of chemistry and science in general. These ideas are presented here in an attempt to provide a reference framework for the interpretation of fire-assay remains. The discussion is illustrated with material from the on-going study of the laboratory remains from Oberstockstall (Austria).

At present there is no known example of the iron staff used as a tool in a unique process for the fining of iron intended for drawing into wire, although a staff used in a different process (puddling) was published as such a tool. It is suggested that this absence of examples results fi’om the lack of recognizable features and the recycling of wrought iron by forging.

The scientific or technical authentication of iron artefacts has not attracted a great deal of attention although there are some notable forgeries. Scientific examination of Charles Dawson’s little iron statuette and another little figure found more recently at the Roman iron smelting site atBeauport Park, Sussex, has shown both to be of coal- or coke-smelted grey cast iron. The sulphur and manganese contents of the Dawson statuette strongly suggest that it is Victorian. It had also been treated with potassium dichromate, as were all the finds from Piltdown, thereby linking the actual forgery process firmly with Dawson. The other figure is more complex but still relatively recent. Iron that does not contain evidence of smelting with fossil fuels can be very difficult to date or authenticate, and some of the problems with the direct dating of iron by radiocarbon dating, or by metallographic structure are discussed here. Other examples of grey cast iron have been reported from several Romano-British sites. Consideration of their composition and archaeological context suggests that most are probably intrusive, but some could be evidence of experiments to smelt iron using coal in the Roman period.

The so-called Walsall Anarchists Bomb Plot of1892 has been discussed elsewhere for its historical and political interest and for the alleged use of an agent provocateur to entrap and convict the conspirators. This study focuses on the bombs themselves and how they were made. Surviving castings, contemporary photographs, and reports of court proceedings have been studied in the context of the processes used by the foundry that made them. The design of the castings and of the patterns fi’om which they were made is shown to have been poor. Previously unreported design changes have been discovered, apparently made by the police after the conspirators had been arrested. These findings suggest that the bombs as designed might never have worked effectively. It is concluded that, whether or not they were the victims of a police trap, the convicted men, although guilty of trying to make lethal bombs, were too incompetent to have presented any real danger.