The conference focused on the mining and metallurgy of lead and silver, with presentations on work carried out as far afield as Bolivia and Greece, and visits to local sites. 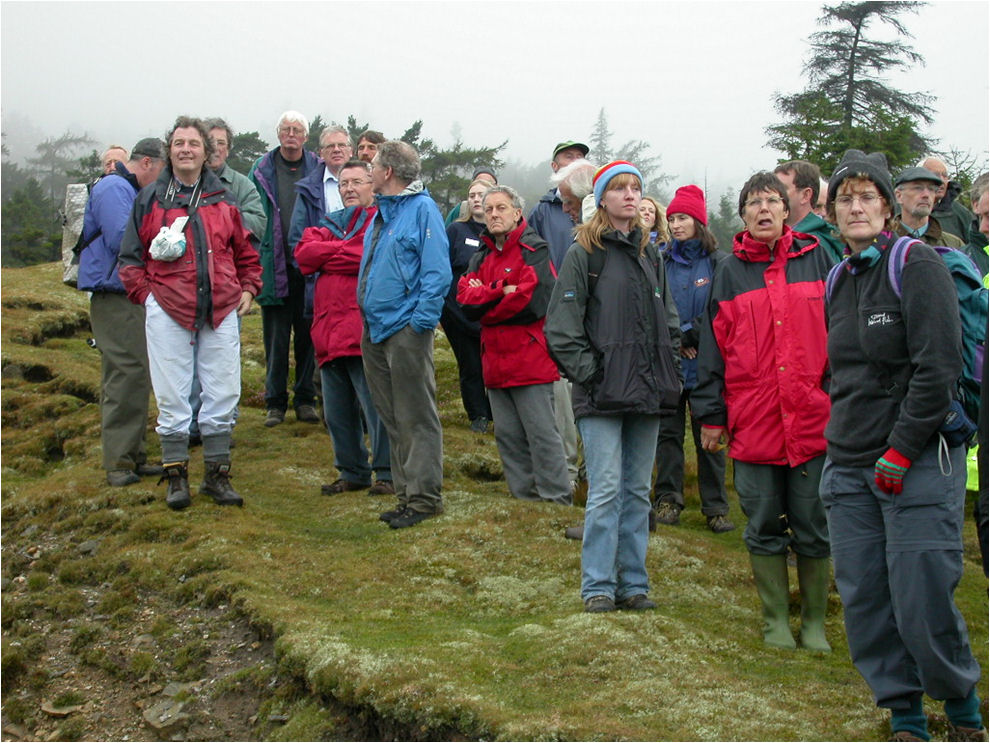 The conference focused on the mining and metallurgy of lead and silver but not to the exclusion of other metals. With a range of presentations on work carried out as far afield as Bolivia and Greece as well as more local investigations on the early working of lead and iron.

On the Saturday there were field visits to many local lead mining sites in the Middleham area.

The annual Historical Metallurgy Society conference this year was held in Middleham, North Yorkshire on the 9th–11th of September 2005. The conference theme outlined the importance of conserving, preserving and understanding archaeometallurgical sites within the Yorkshire Dales, highlighting the importance of lead mining and smelting within antiquity.

Friday night was dedicated to mining and smelting sites in the Yorkshire Dales. The first two presentations were focused on the importance of the archaeological park and emphasising the knowledge archaeometallurgy has gained on lead smelting in the last 40 years. Tom Gledhill presented his investigations into an industrial iron smelting site. Initial surveying has revealed the selection of specific charcoal species at the industrial sites studied. Tom presented the inter-related use of varying charcoal and cultural context of the site giving an insight into the degree of knowledge and selectivity that the smelters were using when selecting smelting material.

The fieldtrip organised on Saturday took the conference participants to sites characteristic of lead production: Kelt Head Smelter, Wetgrooves Mine and Turf Moor Hush, giving participants the opportunity to see how these sites are preserved and visible (if you know where to look!) in the landscape, and what remains of these smelting activities. Wetgroove Mines showed clear botanic evidence that lead smelting and beneficiation took place, indicated by the presence of typical white lead flowers.

The presence of two branched underground mines linked with a shaft (unfortunately unexcavated and partly filled and collapsed) shows complex and large scale exploitation of lead in the area. Exploration of Turf Moor Hush led by the guide Martin showed that hushing is an invasive method deeply modifying the surrounding landscape. Within Turf Moor Hush it is evident that geological faults have been partially deleted by large scale industrial mining processes and as a result scar the surrounding countryside. They remain an enduring reminder of the importance of lead processing within the region.

After a full day of hiking and exploring the Dales, Saturday night was dedicated to short presentations on broader subjects and ongoing projects. Participants heard presentations on: Mycenaean lead production during the Bronze Age (Sue Mossman), and medieval lead smelting (Lynn Willies). Silver production was addressed with two presentations; medieval silver mining in southern France (Peter Claughton), and rich silver ores exploitation from the Renaissance onwards in Scotland (John Pickin). To finish, recent excavations in North Yorkshire were presented outlining an 18th century industrial structure for iron working, and lead ingots and furnaces in Roman and medieval times. After a conference dinner most of the younger members of the conference headed for a well deserved pint after a tiring but enjoyable day.

The final morning of presentations started with what remained the main theme of the conference: medieval bole or bale smelting, with one report about lead and silver production in Imperial Roman Serbia (John Merkel) and one archaeological report from recent fieldwork in Wales where furnaces under a timber structure have been excavated (Simon Timberlake). A comprehensive archaeometallurgical study of lead smelting debris in Cwmystwyth, Wales followed (Lorna Anguilano) and the conference was concluded by two presentations about combined archaeological and metallurgical studies of post-medieval silver production, one in Bolivia (Claire Cohen) and the other in Austria (Aude Mongiatti).

A very interesting and stimulating conference enjoyed by all the participants. Thank you HMS and special thanks go to Peter Claughton who did an excellent job organising and running the conference!

Written by Lorna Anguilano, Aude Mongiatti and Claire Cohen for The HMS Newsletter 61