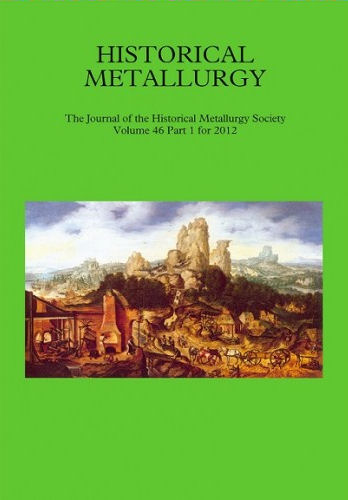 An archaeological excavation at Shooters Hill in south-east London revealed a ditch which contained a substantial quantity of iron smelting slag. The only dating evidence from the fill of the ditch is provided by Early Iron Age pottery. Shooters Hill is one of the earliest known iron production sites in Britain and suggests that this region (the lower Thames valley) may have played a significant role in the introduction of iron manufacture.

Geological exploration of the shafts at Laurion (Attica, Greece) have been earned out yearly since 2002, research being concentrated on the Spitharopoussi area. Among these shafts, remarkable for their regularity, are some which are vertical and deeper than 80m. Observations raised the problem of identifying the technology used to achieve sufficient circulation of air for respiration when sinking these shafts. This question is far from being answered in detail, and even the special case of a single vertical shaft has not previously received due attention. Our initial pinpose is to establish what means were required to permit respiration below a certain depth in both winter and summer seasons. We then describe the two most common shaft types already explored, partitioned and twisted, and then some other oddly-shaped shafts.
Finally, as work in progress, we report the measurements which are currently being
recorded on site in order to develop further theoretical and numerical approaches.

The Walloon method of refining pig (cast) iron is one of the first extensions of the blast furnace process, which appears between the 14th and 16th centuries in northern Europe. This study investigates the production capacity of Walloon refining and in particular its handling of high-phosphorus pig iron through a series of experiments. A Walloon hearth was built to refine high-phosphorus pig iron, using data on the refining process found in archaeological sources and historical documents from the 18th century onwards. The chemical composition and the structure of the metals and slag produced during refining have been determined. A similar yield to those mentioned in historical sources has been obtained. These experiments suggest specific techniques enabling high-phosphorus pig iron to be refined efficiently. Finally, the results point out the importance of the metal-slag reaction phase in obtaining a carbon-free and phosphorus-free material.

The introduction of hot blast was the most important development in early 19th centwy iron smelting. The conventional story of James Beaumont Nielson’s 1828 patent has been widely accepted since the 1840s. This paper re-appraises the development of hot blast in the light of an earlier patent of Thomas Botfield, and suggests that many elements of Botfield’s development anticipated those of Nielson. The role of Gilbert Gilpin, and through him connections with John Wilkinson and the iron industry in South Wales, are also discussed. It is argued that the early development of hot blast iron smelting in fact remains poorly understood, and some suggestions are made for improving imderstanding.